The 2017 – Warren Curran Memorial Tournament will feature a second grade and is the longest running Men’s tournament in WA. It’s played at Houghton Reserve in Bayswater. Each team will play a minimum of 5 games over the weekend and will feature two diamonds with homerun fences, bar & canteen facilities and a function on Saturday night!

Tournament to be hosted on the 12th and 13th of August.

If your club, you or someone you know would like to play please get in touch harris.rolfy@gmail.com

We’re aiming to get a Dale, Rockingham, Bunbury and Geraldton team into the competition. If you’d like to assist in the organisation of these teams in particular please get in touch! 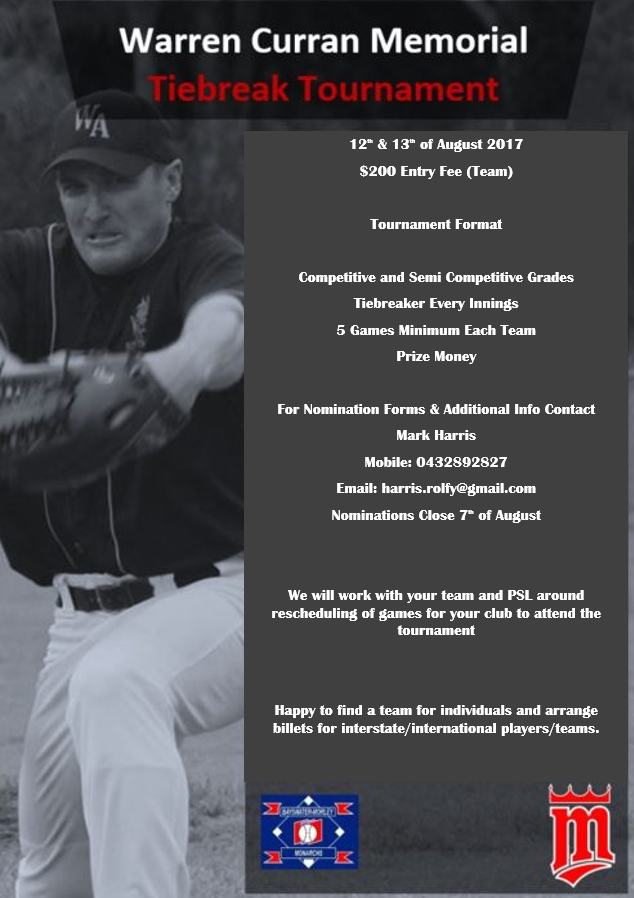